Sometimes card sets, subsets, or inserts have a purposeful theme, often given a label such as Diamond Kings or All-Stars. I think that sometimes, however, there are themes that are more subtle, probably the product of a variety of factors. One factor that seems to me to be most influential is the photographer. In some cases, an action shot is just an action shot and a posed shot is just a posed shot. But in other instances, the photographer probably directs a player to take a certain pose. We know this is true of sets such as the early Studio offerings. Furthermore, some photographers looking for candid shots of players might be able to catch the player at a particular moment that they feel fits a certain look they are going for.

I think something like this was at work with 1983 Fleer. I found this like I find most other quirky things that I find about sets, by flipping through a stack of cards. I think in this case, three cards in a row seemed to be leaning toward a similar theme. Literally leaning. I went through the card stack again to see how many of the cards featured a player leaning on something. There were quite a few. Seemingly more than most sets, though I'm not THAT bored to do such research. But I thought I'd share my findings in the off chance that more than three people in the world care about such a thing. The cards seemed to fit into one of three categories (from least to most prevalent):

Leaning on a bat (yes, there's some overlap with leg leaning, but that's just how it's going to be) 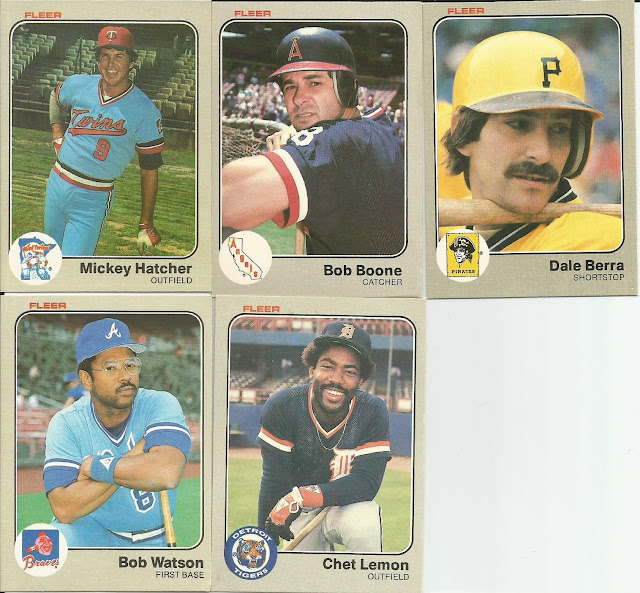 Leaning on a railing 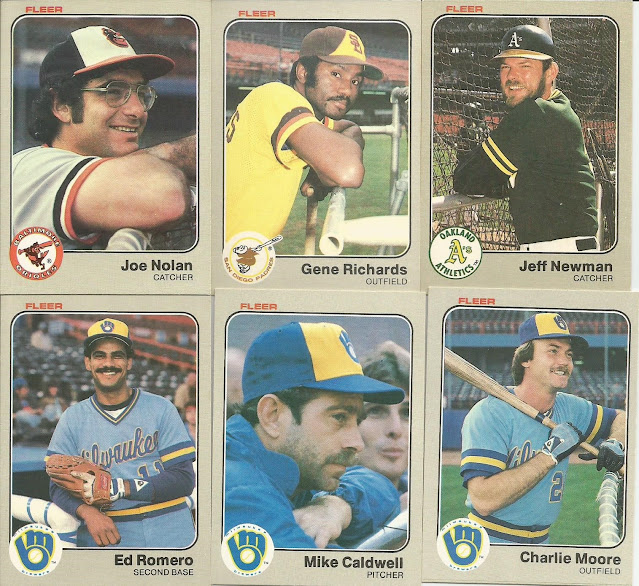 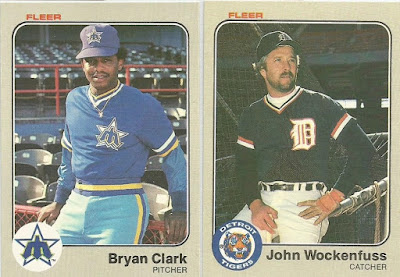 Some final stats for consideration because, why not:

Leaning by Position:
Catchers: 4
Outfield: 4
First Base: 3
Not Represented: Third Base

Ok, I'll stop now. Keep your feet on the ground and keep leanin' for the stars!

Email ThisBlogThis!Share to TwitterShare to FacebookShare to Pinterest
Labels: 1983 Fleer