I recently received a PWE from Brendan, better known as Elliptical Man over at A View from the Third Floor. When I saw the envelope, I didn't think I had won a recent giveaway or anything, so I was intrigued. So, what was inside? It didn't take me long to see they were all candidates for my Frankenset, but if there was any doubt, Brendan included a little checklist guide to what he sent.

Eighteen cards in total made their way from beautiful San Diego to the less picturesque Fargo in a 70 cent envelope. Some were cards I already had in my Frankenset, but some were new to me, so I will need to see if they might find a home in the set. 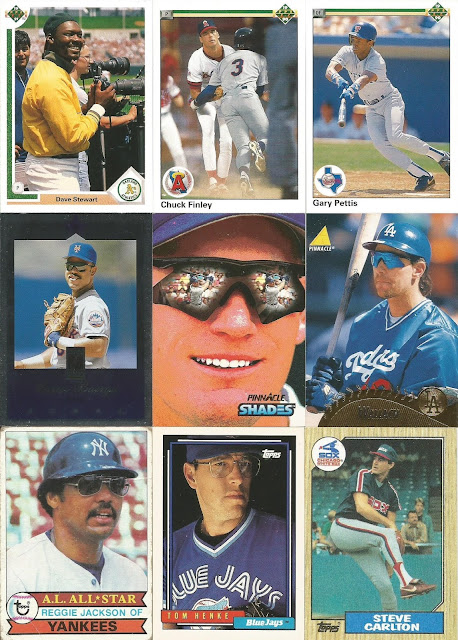 Dave Stewart the cameraman. Chuck Finley hugging a runner. The Gary Pettis is a great find. He missed the bunt! Hadn't noticed this one before. Some great glasses/sunglasses shots, too. Do you know the guy in the middle? Scroll down for the answer. And Steve Carlton with the White Sox? Just doesn't look right. 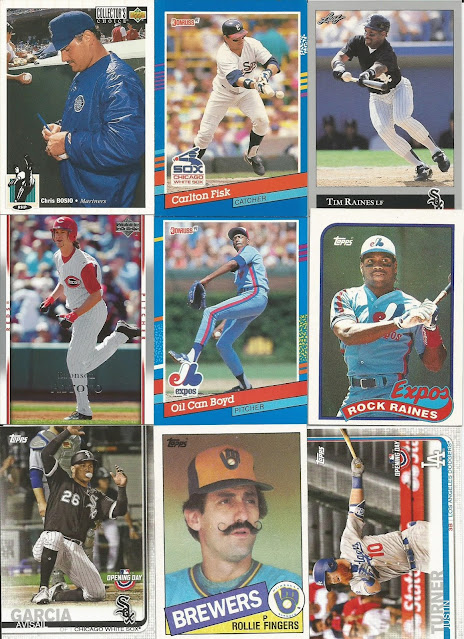 I appreciate Brendan going through my list and finding some awesome cards to fit my Frankenset categories. He's a loyal reader of the blog, too, so I owe him a double thanks!

The man in the middle on page one was the one and only Jay Buhner. If you got it wrong, you owe me one Ken Phelps card.