I haven't posted in a while and part of the reason why is this massive haul of cards: 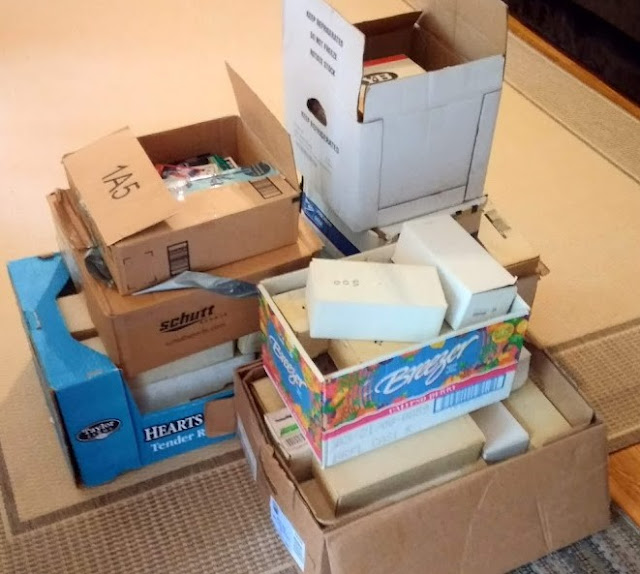 I regularly search Craigslist and Facebook locally in the hopes of finding big groups of cards for cheap. I've done it before with good results. So even though I really had no idea what was in this lot, I figured $40 would be worth the hunt. And it was, but the lot wasn't without disappointment.

I'm not sure how many cards were in this lot. I planned to try to do a rough count, but kind of lost interest in that early on. Maybe 30,000 to 50,000. That's my rough estimate. In any event, about half the cards basically had to be trashed. I'm not one to throw away cards, but a good number were yellowed and smelled pretty bad due to some combination of dust/smoke/general mustiness. So that was disappointing. The upside of that group of cards is it was basically all Overproduction Era cards, so not a huge loss.

A decent number of cards in the lot also had some of the stink, but none of the yellowing. Those cards are currently sealed away in boxes with baking soda. I heard this needs to be done for a week to be effective. I hope it works. I snuck a smell (LOL) tonight - after 5 days - and it seems to have helped somewhat. I might do a second week with a new box of baking soda, even though I really want to get at these cards to do more sorting and filing. If anyone has a better tip for exorcising the smell, leave a comment for me.

The cards I'm about to show already add up to me recovering my $40, so that's some of the good news. Also, there was a nice box of about 500 Topps Archives cards from 2001, so I should be able to flip those on eBay (they looked like players with last names S-Z, so if you need someone in that range, let me know and I'll take a look for you before I list the cards on eBay). There was also a box of some premium inserts from the mid-90s that have some value. I used some of the Griffey inserts to sell a lot on Facebook, so have already recovered some of the investment: 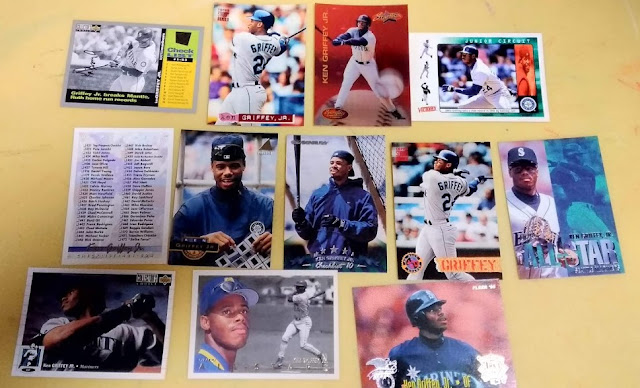 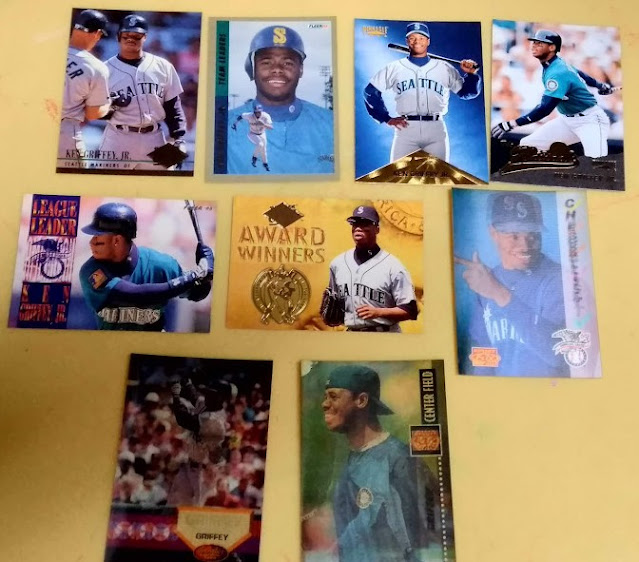 I'm excited to keep a lot of the cards I found, including a good stack of cards to possibly plug in to my nearly-complete Frankenset (more on that in a upcoming post). There are several hundred of those to go through, so that will be fun. Some others I'm excited to keep are of course, waxy rookies!!! 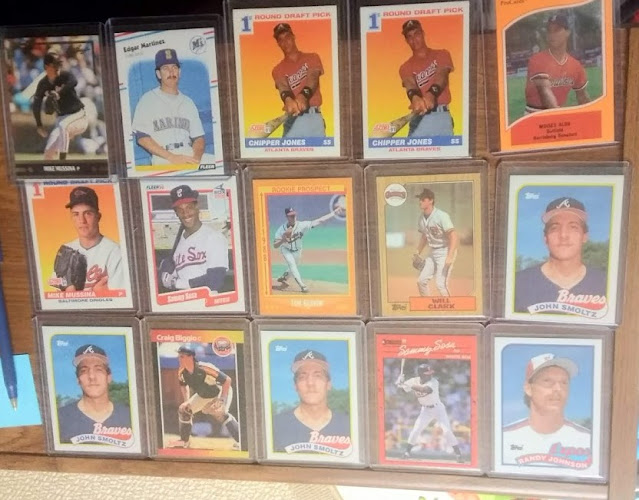 If you're curious, there wasn't a ton of vintage in the lot (just a few 70s cards), but there were a few hundred early 80s cards. I'll probably ditch the Overproduction Era commons at some point, but will save cards for my player files. So if there's a player you're interested in, as always, let me know and we can work on a trade. Might be a while before I get everything filed though.
Thanks for stopping by!
Posted by Jeff B - Wax Pack Wonders at 9:08 PM