What Will I Do With All These Donruss Puzzle Pieces?

It's a question that many of us perhaps have struggled with over the years. You can't avoid them. You probably have a bunch laying around. Or maybe you toss them in the trash every time they come around. The Donruss puzzle pieces.
I'm not sure when I came across the idea, but I thought it was a good one: Put the puzzles together and then put them in a frame. An intriguing thought, though I never really liked the look of framed puzzles generally. Well, whoever came up with this idea is a genius. Maybe it's because they are baseball-themed instead of some boring pastoral landscape, but I think they look fantastic. Fantastic enough that I have been working on putting together the entire series of puzzles that Donruss/Leaf released from 1982-1991.
Here are the puzzles I've completed: 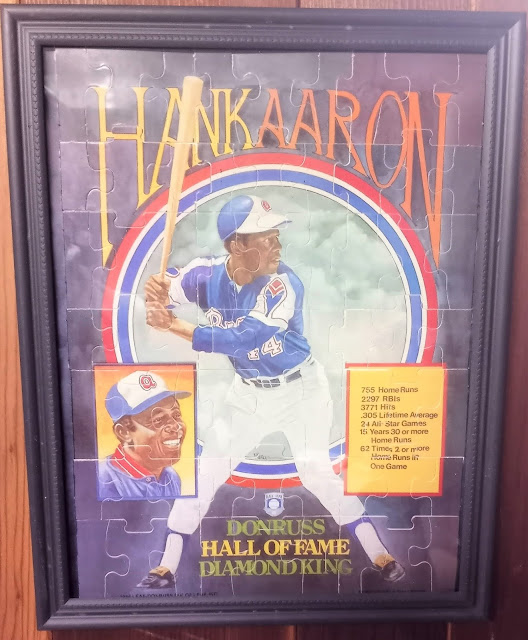 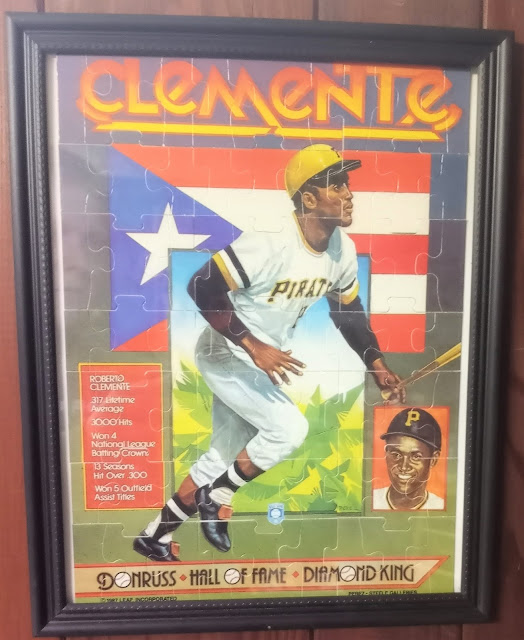 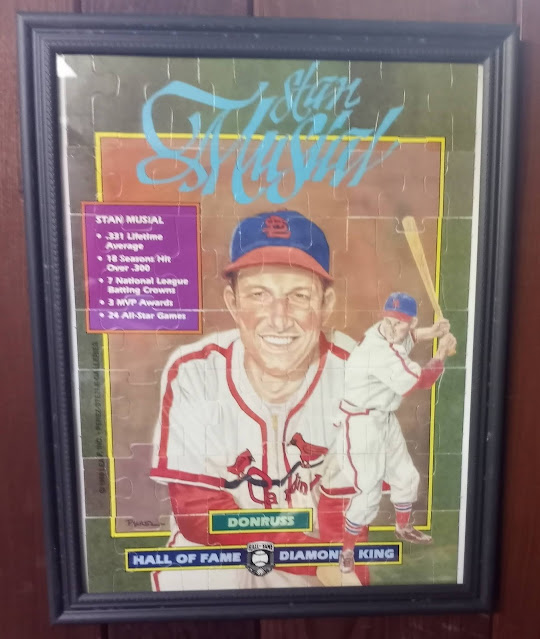 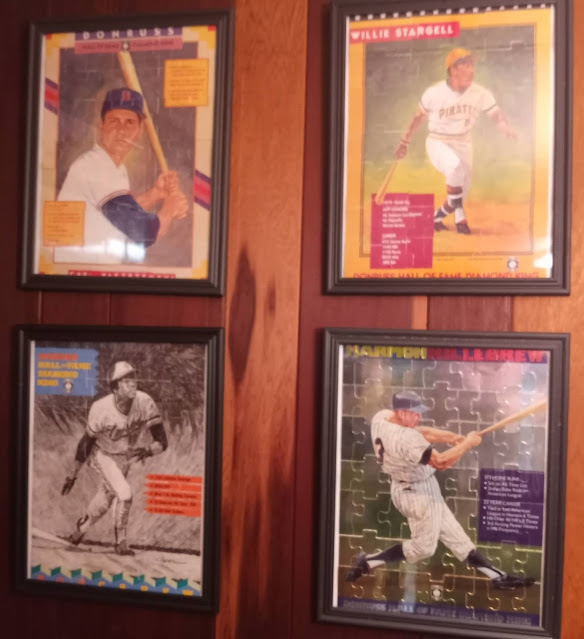 I just received the final pieces of the Yogi Berra and Lou Gehrig puzzles, so I'm hoping to get those put together soon. I'll finish the Babe Ruth, Warren Spahn, and second Rod Carew puzzles as soon as I decided to have my baseballcardstore.ca orders shipped. If I had kept every piece I had ever accumulated of the Spahn puzzle over the years, I'm sure I could have put like 10 of them together by now.
The next challenge will be finding a place for these new puzzles, since most of my real estate is taken with other 8x10s and a couple 3 x 5 foot Cubs flags. One of those 8 x 10s is a recent pickup, of the first person I'd put in the Hall of Fame if given the chance: 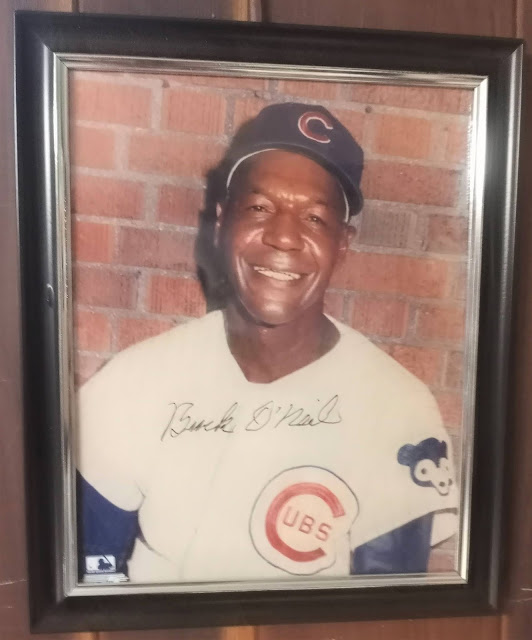 The legendary Buck O'Neil (from his time as a Cubs coach).
If you're curious about the framing of the puzzle, it's easy enough and cheap enough to do in my opinion. You'll need a certificate-sized frame (easily found at the dollar store or big box stores). Assemble the puzzle face down, and then glue a piece of letter-size card stock to the back. It will overlap the sides but is pretty much flush top to bottom. For the Hank Aaron puzzle above, which is blue, I used my usual white card stock, but then colored in the margins left to right to make it blend in better. I'm sure these would display well in a binder, too, if space is an issue. Some of mine might end up there someday. The Clemente and Aaron are too awesome to not display, though, so they'll stay for sure.
There are four puzzles for which I have zero pieces:
1983 - Mickey Mantle
1983 - Ty Cobb
1984 - Duke Snider
1984 - Ted Williams
If you have any of these, I'd love to swing a trade.
Which one player would you put in the Hall of Fame if given the chance?
Thanks for stopping by.
Posted by Jeff B - Wax Pack Wonders at 5:24 PM