I'm not sure what specifically sparked the idea, but I decided within the last couple of months to try to build the 1973 Topps set. This despite the high number beast that is the Mike Schmidt/Ron Cey rookie card. My chase has been aided significantly by my decision to trade on TCDB.com. I've been able to jettison some of my unwanted vintage and turn it into some 1973 needs. But it was good old reliable Bo over at Baseball Cards Come to Life that came through and put me over the halfway mark for the set. Bo has helped me with many different collections over the past couple of years with his fantastic want list and trade list, which make it really easy to match up for each side. He's also super easy to work with, unlike a few of the folks over on TCDB (though most are fairly reasonable).
So, let's cut to the chase. What did Bo send? Over 150 cards - just from 1973 Topps! He included a bunch of high numbers and some star players, too. Here's the glorious spread: 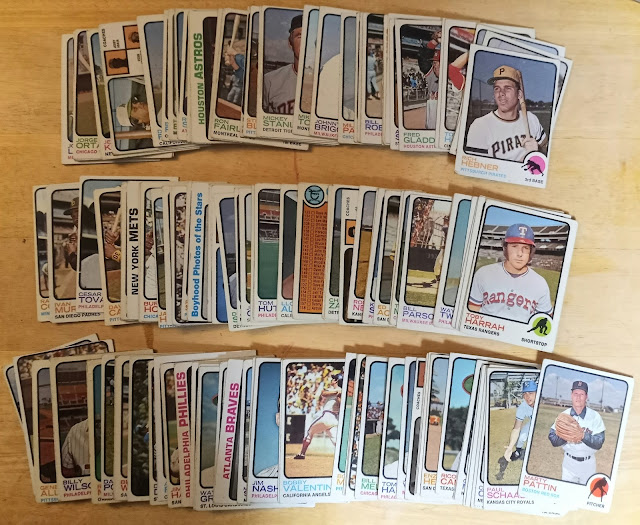 Here are some of the more notable names of the group: 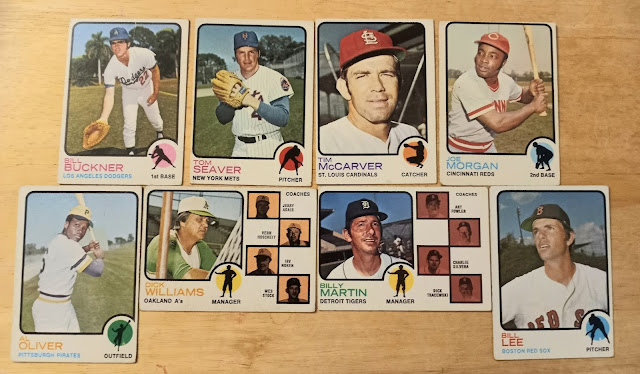 And some of my favorite cards from this trade. First up are some great posed shots.

And one of my favorite features of the set, some memorable action shots. 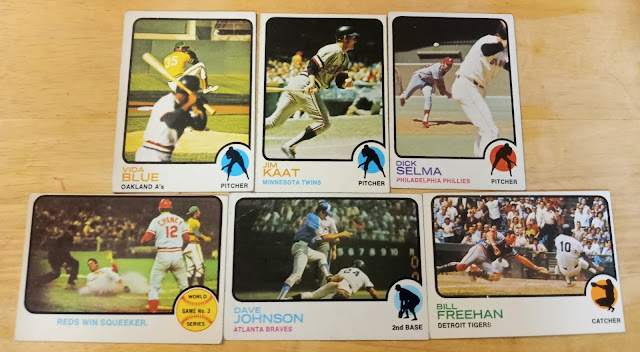