The A to Z Player Challenge

The Diamond King recently posted his favorite card for his favorite player A to Z and challenged others to follow suit. I thought it seemed like a fun idea, so thought I would jump in. Along with each player is an actual card from my collection. 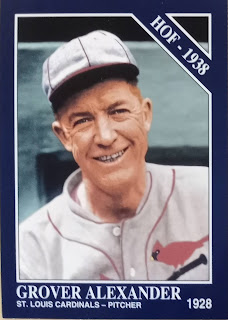 Old Pete Alexander was a complex and troubled man, but a highly talented pitcher. He won 373 games and closed out game 7 of the 1926 World Series for the Cardinals at age 39. He was also a star pitcher for my Cubs for 9 seasons. Still need a Cub card of him. 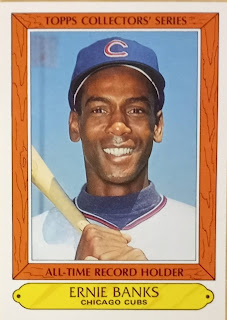 Banks is a true legend. There are some other players that I really like, but I can't argue with Mr. Cub. 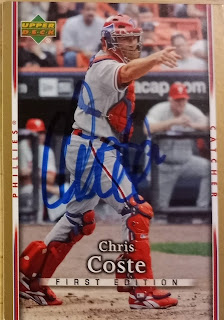 From my hometown, Coste was my favorite non-major leaguer growing up when he played for our city's independent minor league team. He later went on to make the major leagues. 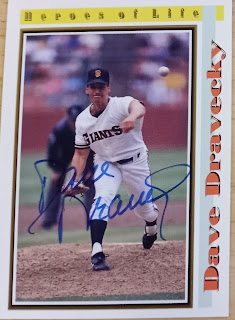 Dravecky's biography Comeback was one of the first baseball books I read and was really inspiring. I later got a chance to meet Dave, and he is a truly good guy. 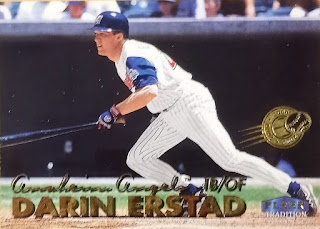 Another local favorite, Erstad grew up about 90 miles from my hometown. A favorite memory is him and the Angels winning the 2002 World Series. He also won Gold Gloves at first base and center field and had 240 hits one season. 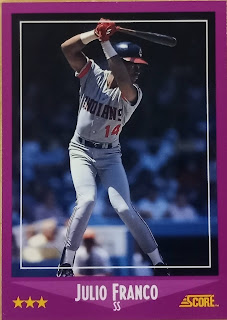 I always liked Franco's batting stance and as well as players that seemed to play forever. Fun fact: Franco hit .222 in 27 at-bats playing independent baseball in 2014. He was 55 at the time. 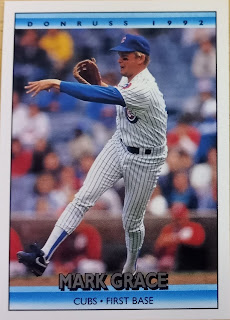 A close second for my favorite Cub, behind Ryne Sandberg. Grace played the game hard, had an awesome swing, was a great fielder, and just a true pro for many years. I was upset when he left Chicago for Arizona, but loved seeing him win it all in 2001 with the Diamondbacks. 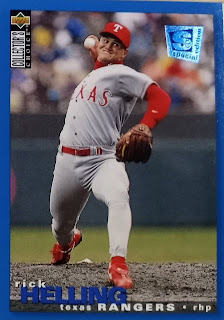 A graduate of my high school (14 years my senior), Helling had a solid pitching career and even won 20 games one year. 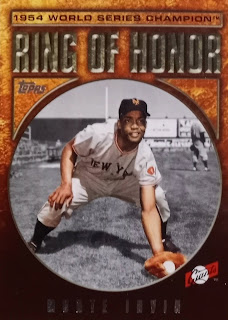 Not many to choose from for this letter, but you really can't go wrong with this Hall of Famer. Plus, he was a Cub for a year! 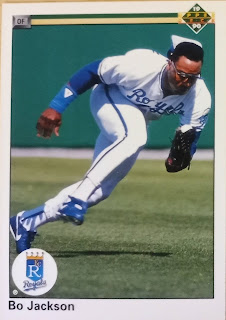 Bo was a once in a generation talent. 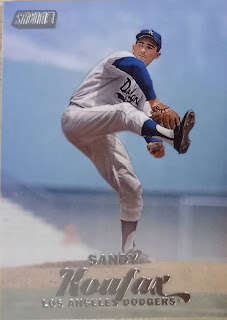 Koufax had one of the best, if not THE best, 5 year stretch of any pitcher ever. Plus, he's a really interesting guy in my opinion. 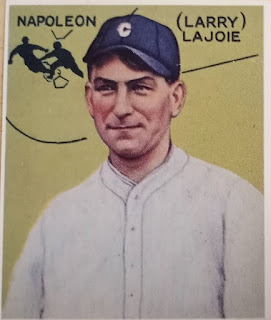 This guy was so great he got a team named after him (the Cleveland Naps). Incidentally, I'd love to see that be their "new" name. Would be cool if this card wasn't a reprint. 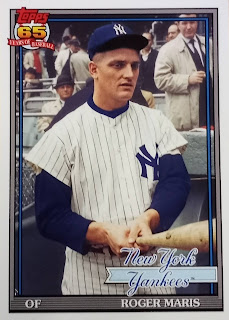 I really like a lot of "M" players. But Maris is pretty much a no brainer here. An alumnus of my high school and a legend in my town. 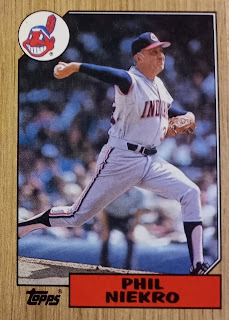 Not a ton of players to choose from here, but can't go wrong with a guy who was effective into his late 40s. 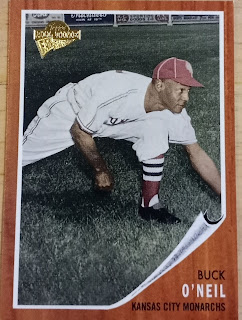 I honestly don't know the purpose of having a Baseball Hall of Fame without having this guy in it.
Other favorites: Sadaharu Oh, Tony Oliva, Shohei Ohtani 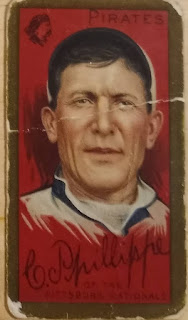 To my surprise, this turn of the century great who won nearly 200 games played a season in my hometown, Fargo, ND. He was one of the players I researched when I wrote my book on the 1897 Red River Valley League. This is the oldest card in my collection, too. 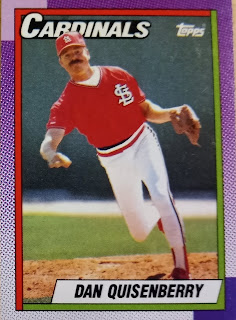 Not many to choose from here, but Quiz was a cool dude with an awesome delivery. 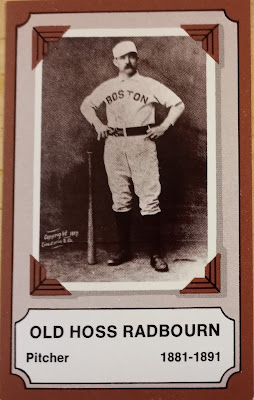 This pick is due in large part to a  fantastic baseball read called 59 in '84, by Edward Achorn. Radbourn is now credited with 60 wins for the 1884 season. He also gave a subtle middle finger to the camera nearly a century before Billy Martin did on his 1972 Topps card. In fact, that's the photo featured in the card shown above. 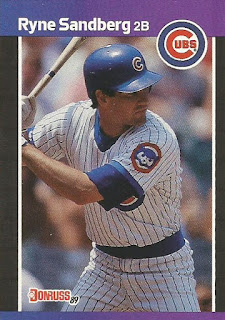 Ryno's my all-time favorite. A no brainer here. 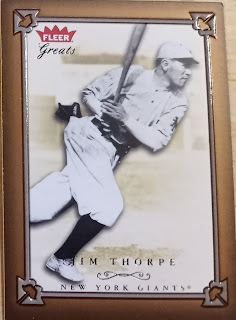 Thorpe was the original all-around athlete. Baseball was not even close to his best sport, yet he still played parts of 6 seasons in the majors. 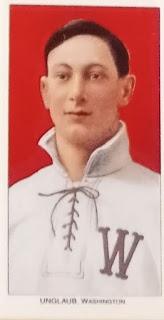 This one's due to a local connection. Unglaub had just finished his third season as player/manager of the Fargo-Moorhead Graingrowers when he died in a tragic accident while repairing a locomotive. He was just 36 years old. I'm in the market for a non-reprint of Unglaub. 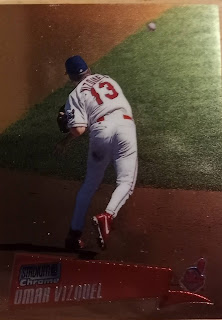 I was never an Indians fan, but Vizquel was just too good not to like. 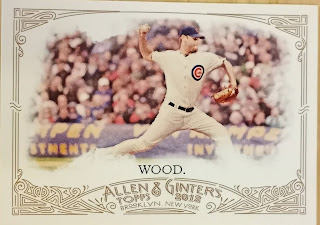 Kerry Wood stole the hearts of many Cubs fans in 1998 as a dominant 20-year-old. Striking out 20 Astros in a game certainly helped. 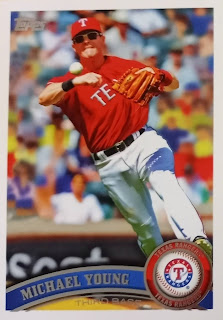 I became a Rangers fan in the mid-2000s after getting a chance to visit the Ballpark in Arlington. Young and Mark Teixeira were my favorites. 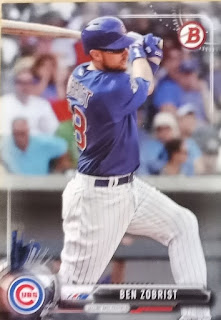 I first liked Zobrist when he helped the Royals win the World Series, so I was excited when he signed with Chicago. He came up clutch for the Cubs in 2016, too.